The island of Ogijima is a 40-minute ferry ride from Takamatsu Port.
Ogijima is known for its clustered settlements in the hills. You will enjoy admiring the nostalgic scenery, including slopes sandwiched between stone walls and a view across the Seto Inland Sea beyond the roof tiles.
The ferry stops at Megijima, so you can visit both Megijima and Ogijima in one day. 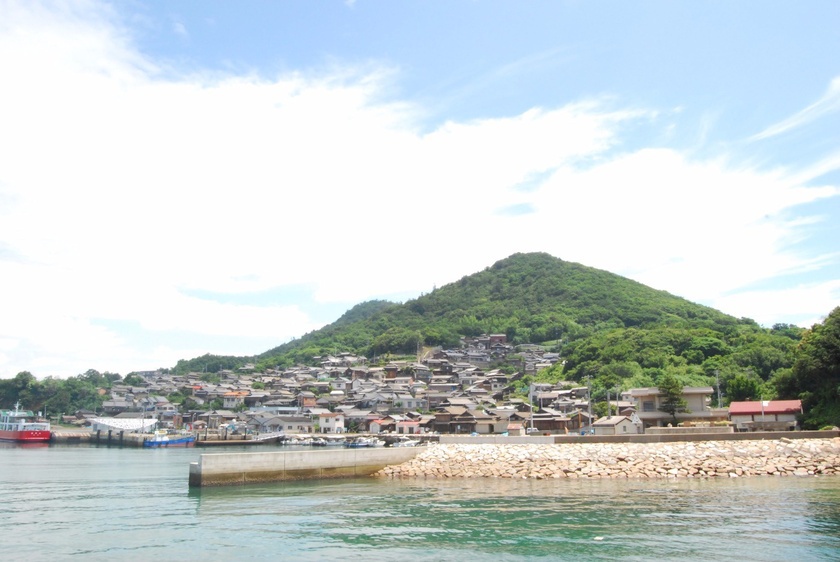 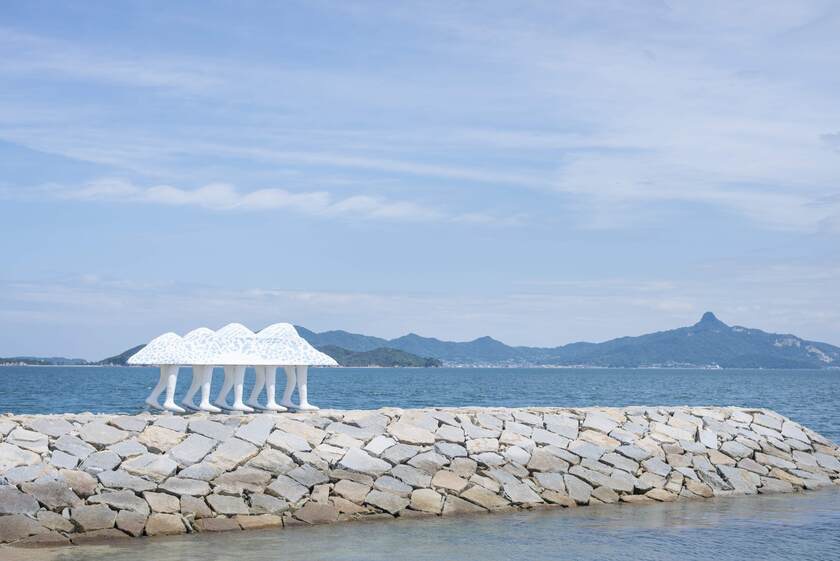 The art looks like it is about to walk toward the ocean. A wall painting that fits naturally into the landscape of the alley.

It's not possible to rent bicycles on Ogijima. There are many alleys and hilly roads in the island. Enjoy Ogijima without a bicycle.

The work of art called Takotsuboru created by TEAM Ogi,  a big octopus pot, is an Ogi Port landmark. Shima Table next to Takotsuboru is operated by the Ogijima Tourism Association and provides a baggage check service and sells lunch boxes and Ogijima goods made by the island's residents. During the event, it is open every day. Please stop by as a base for touring Ogijima and interacting with the island's residents. 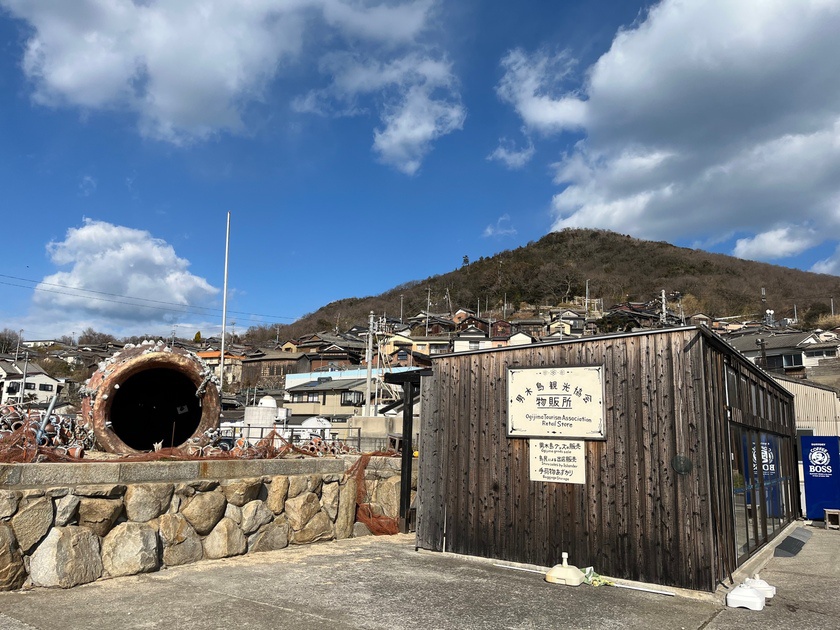 The white building in Ogi Port is an art piece named Ogijima’s Soul by Jaume Plensa. In addition to the ferry ticket office, it has an information booth during the Setouchi Triennale, where a guidebook and other Setouchi Triennale-related goods are sold. 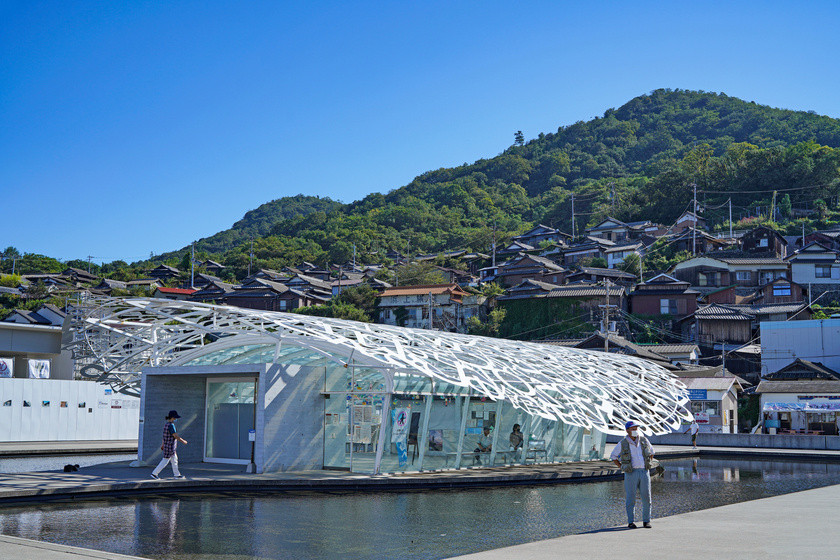 Distinctive cafes and restaurants on Ogijima

There are cafes and restaurants around Ogi Port and on the hills of the villages.
You can enjoy distinctive Ogijima gourmet foods such as octopus and local fish, as well as foods using home-grown vegetables.
Shops may be closed or sell out foods, so it is better to bring a light meal and beverages.

The shop is proud of its meals of fresh fish caught by the shop owner himself or procured from fishermen. In addition to its popular octopus tempura combo, different meals such as fried horse mackerel and boiled fish are offered depending on the day. The large-volume meals include a small bowl-based dish, soup, and rice. 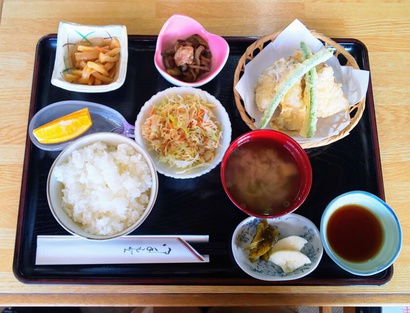 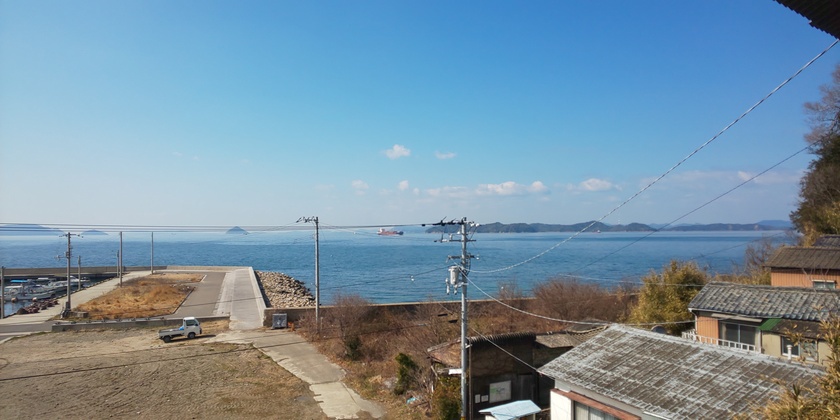 Their specialty is the cherry blossom colored octopus rice set (available as a lunch box), which uses octopus caught by the shop owner who is also a fisherman. The octopus rice is seasoned with ginger and ōba (Perilla frutescens var. crispa) to enhance its fresh flavor. It comes with side dishes made from the fish caught that day. 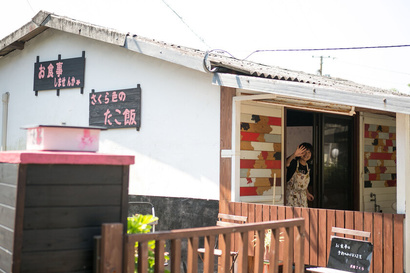 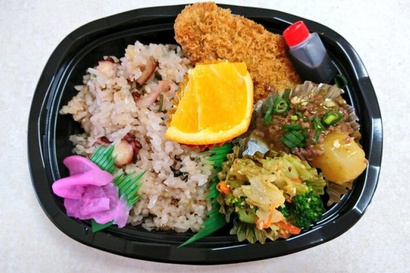 Take-out soft-serve ice cream and drinks are sold. The guest house mainly offers fish meals procured by the house owner who has close connections with fishermen. They have an extensive repertoire and can also serve meat dishes and meals for children. 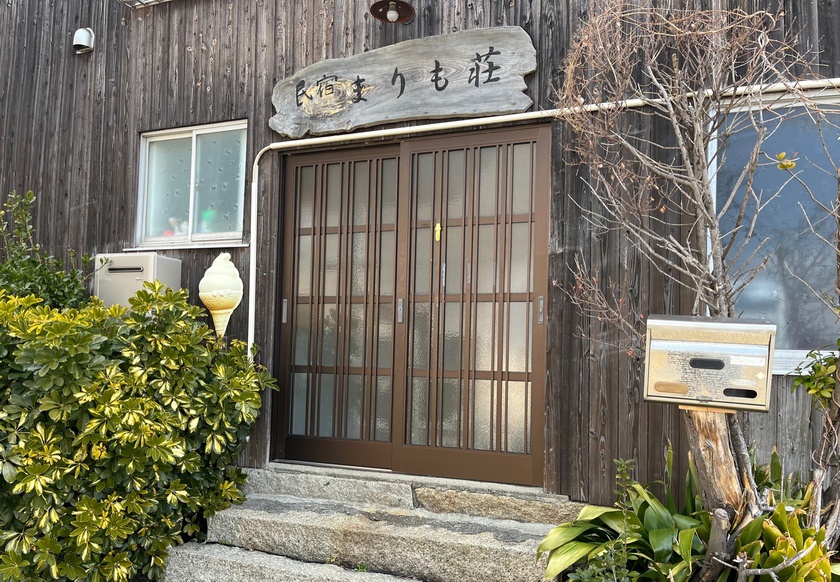 The shop is operated by a fisherman, and it is known for the fishing boat flag that it puts out over a tent. It offers simple and dynamic menu, just like a fishermen's meals, including sazae (turban shell) rice, grilled sazae, and tempura octopus. You can eat while feeling salt breeze. 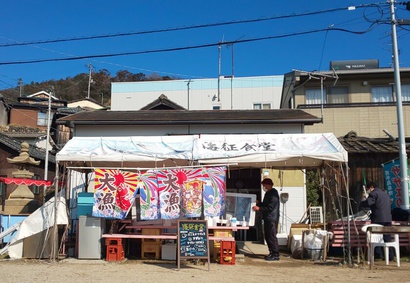 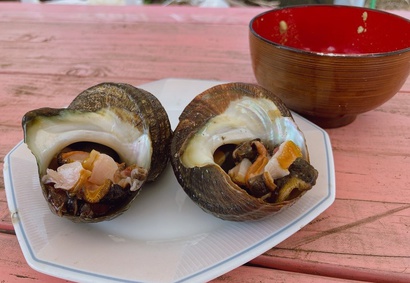 The cafe is near the Onba Factory studio which produces art using an item essential to Ogijima's elderly, the carriage, as a motif (official artist of Setouchi Triennale 2010 to 2019). The ONBA Cafe sells soft drinks and cakes. 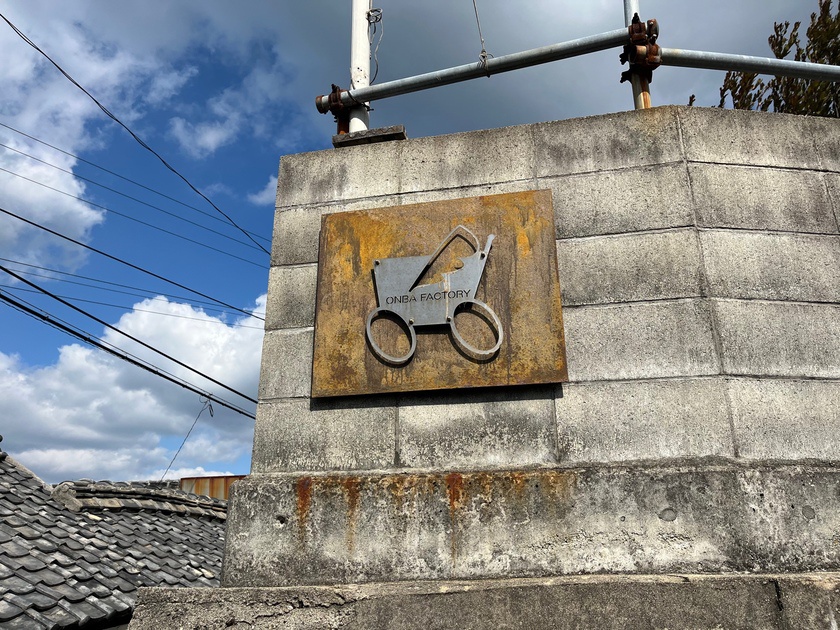 DIY efforts have breathed new life into the traditional homes on the island, turning it into a warm space. Let time pass slowly on the island while surrounded by books. Why don't you stop by when you want to take a break? 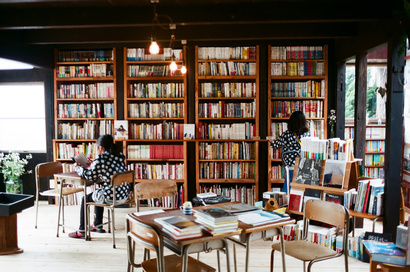 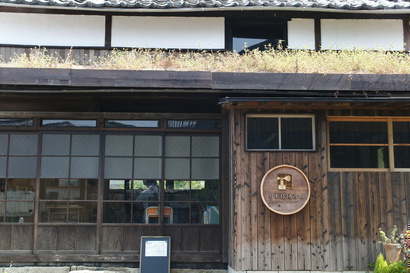 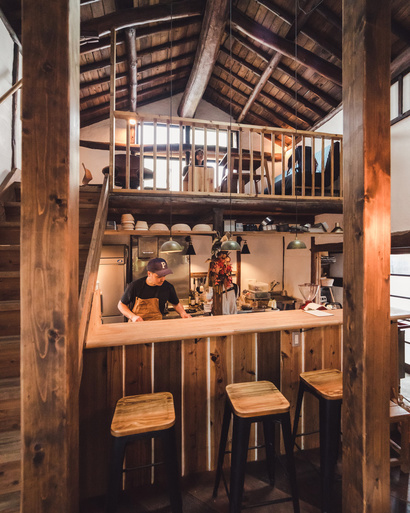 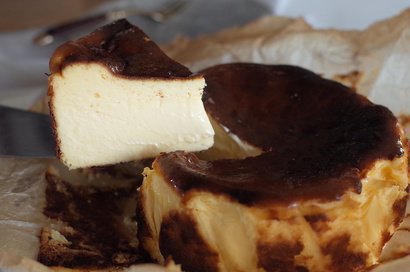 A small bar next to a beauty shop, which was built by reusing waste materials on the island. You can buy take-out lunches such as the Buddha Bowl which uses home-grown organic herbs and vegetables, and drinks. They also sell herb tea as a souvenir. 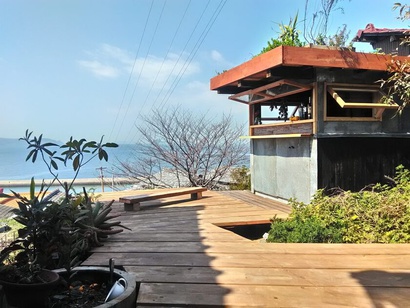 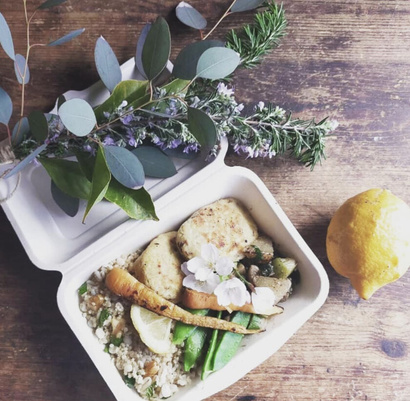 A guest house & cafe, renovated from a traditional home built in the Taisho era. They offer a one-plate lunch, which consists of a main dish of the day accompanied by small bowls of seasonal vegetables and other foods. They also offer a wide range of sweets such as sweet rice dumplings, Wasanbon burgers, water Warabimochi, and shaved ice. ※The information on this page is as of February 2022.