Spring always begins with Spanish mackerel in Setouchi! What is the exclusive special here?

Spanish mackerel - the king of sashimi

Spanish mackerel is sawara in Japanese. The Chinese character of the fish name consists of the radical meaning fish and that meaning spring.
Spanish mackerel is very familiar to the people in Kagawa as the fish signaling the coming of spring because the fish comes to the Seto Inland Sea from the Pacific Ocean to lay eggs from April to May. 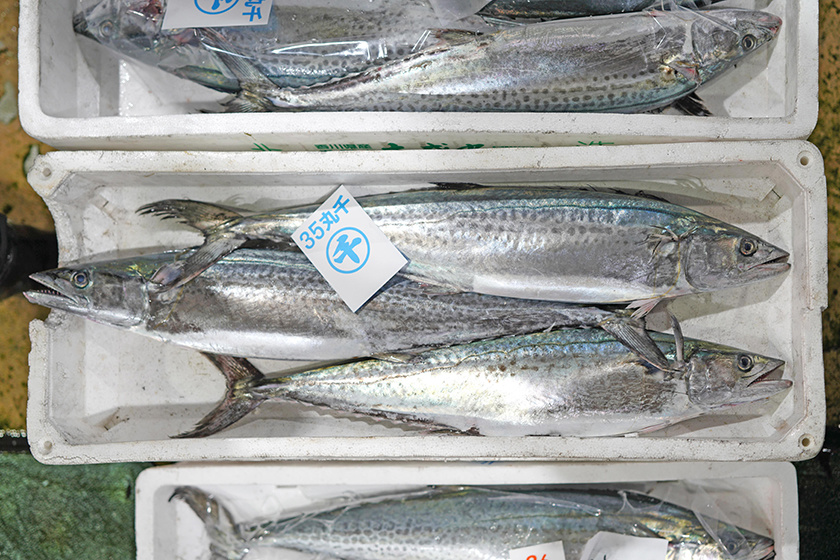 The local people often send miso-marinated Spanish mackerels as a spring gift to reenforce good relationships with others.
In farming villages, they have a custom called haruio. After finishing rice planting together with relatives, farmers treat them with oshinukizushi, that is, pressed sushi with Spanish mackerel. This indicates that Spanish mackerel has taken root in their life. 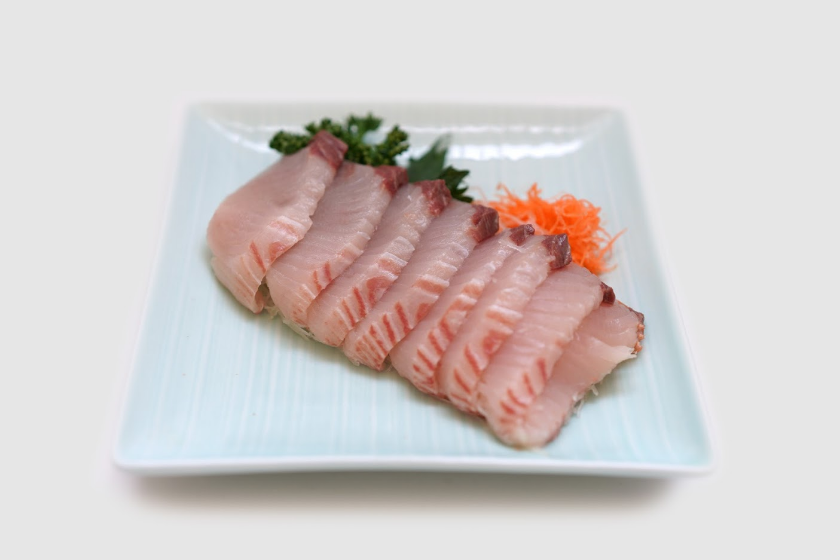 The fish is characterized by fewer bones, soft meat, and texture and umami like medium fatty tuna.
Spanish mackerel is also called the king of sashimi. However, you cannot have sashimi of the fish anywhere but the landing place because the fish loses freshness quickly. 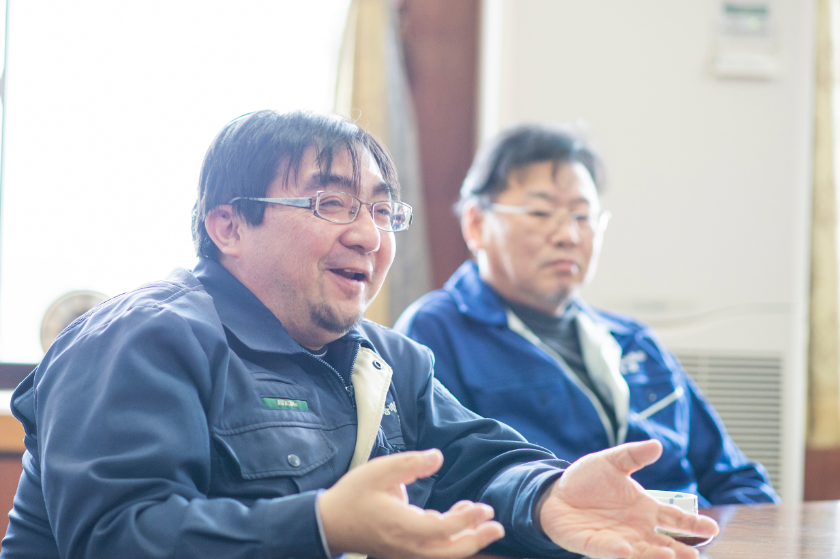 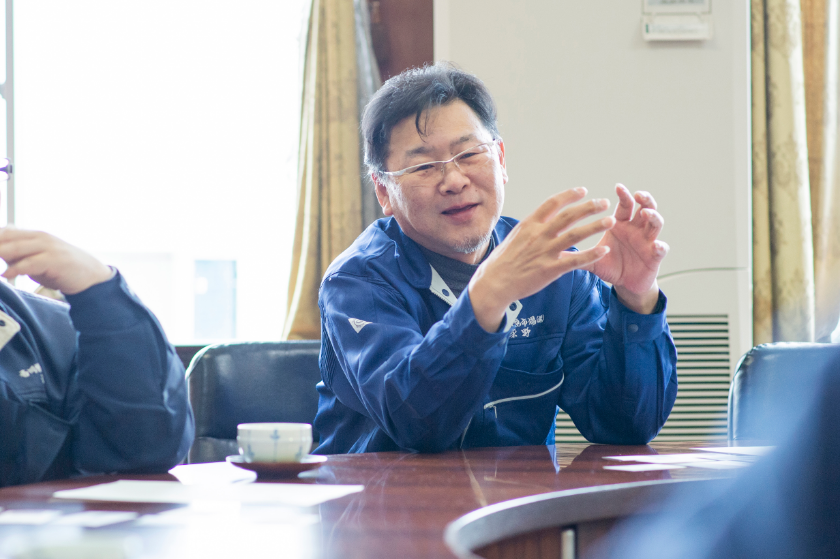 "Tataki with the skin broiled is also nice with a smoky flavor. It goes with various seasonings and garnishes such as vinegar and soy sauce, ponzu, soy sauce, wasabi, and ginger. Recently, many restaurants cook Spanish mackerel in a Western style, for example, marinated fish and meuniere," said Mr. Masami Shino, Inshore Fishery Section, Fresh Fish Department while showing his stronger passion for the fish. 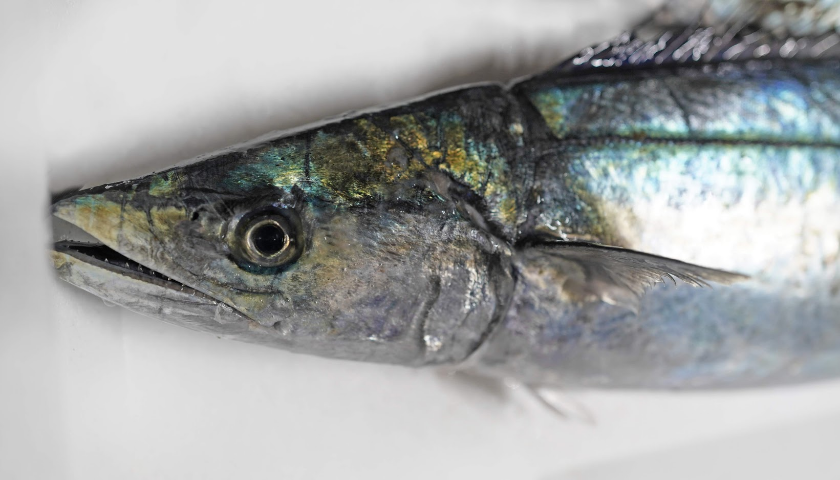 There are many good points about the fish. They are countless!

The best season for the fish comes in fall too.
Fall Spanish mackerel has more umami because it has more fat when the seawater temperature drops.
You can enjoy a flavor different from spring Spanish mackerel.

On the opening day of the fishing season for Spanish mackerel 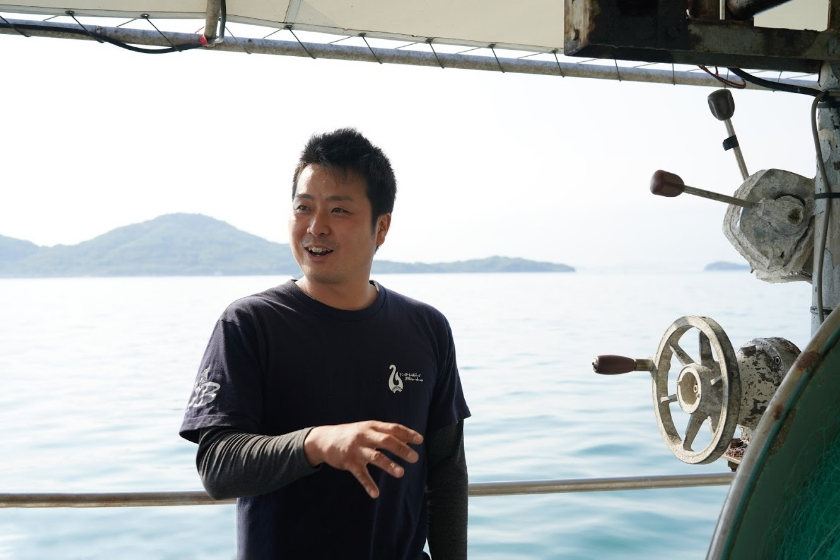 To prevent overfishing, fishers have a ladder lottery to decide the fishing spots and the sequence of fishing," said fisherman Koji Tamaura who guided us. 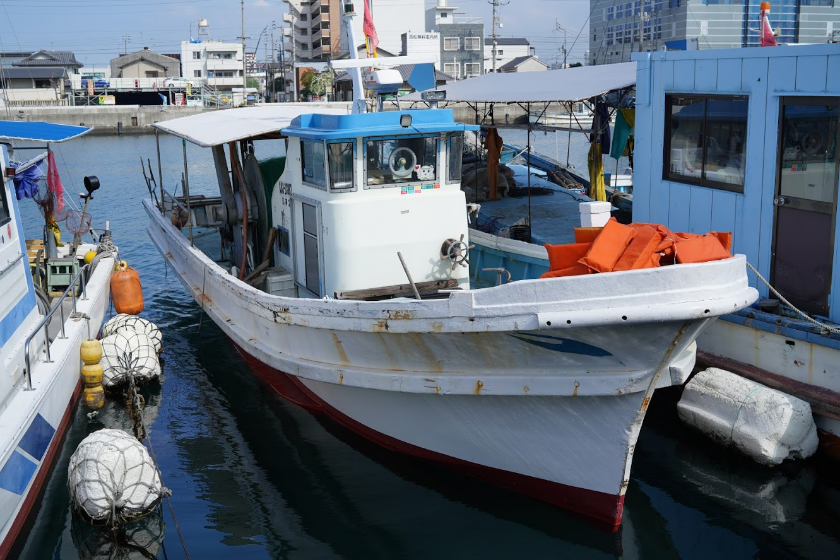 We left the port a little after three o'clock p.m. for the calm Seto Inland Sea. 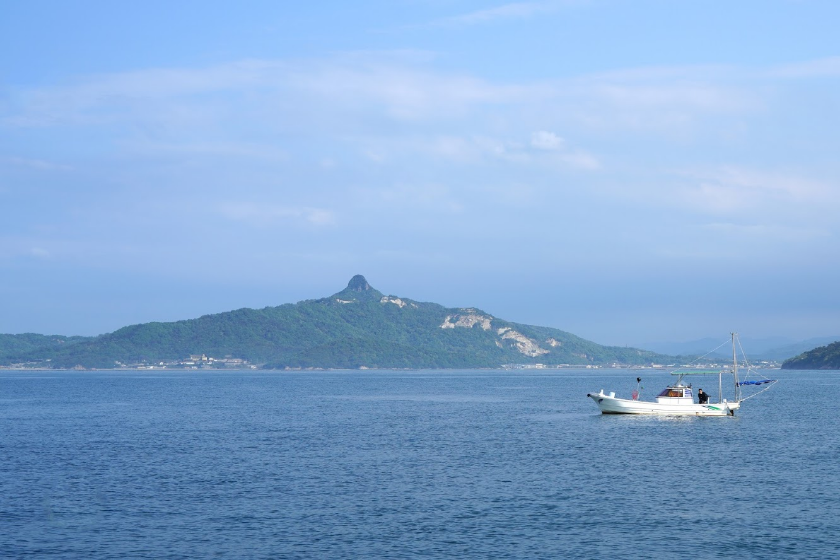 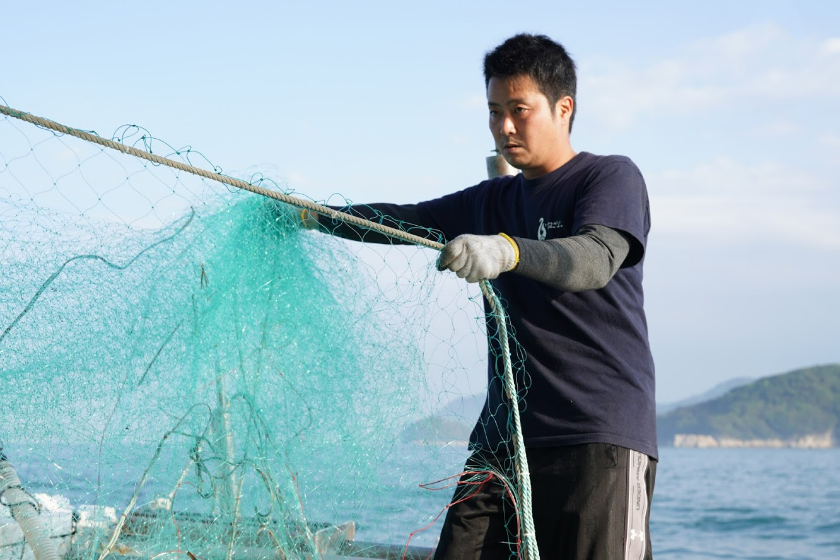 Fishermen throw floats connected to the net in sea. About an hour and a half has passed since the nets were thrown.
The sky has changed color gradually. Only the lights of the boats are visible on the sea. After the nets were hauled in, the Spanish mackerel were seen! ""I get nervous on opening day,"" said Mr. Tamaura. He seemed relieved, seeing the very first fish of this season.
Then, Spanish mackerel were caught one after another. The first action caught over 100 fish! In a minute, a mountain of Spanish mackerel was formed on board. 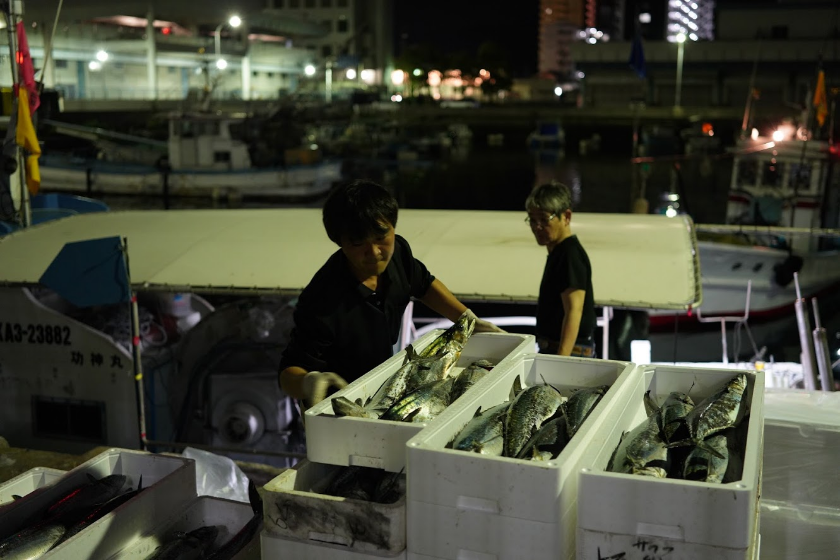 "A big catch for the opening day." Spanish mackerel were carried to the fish market quickly. Fishing boats were coming and going near the market after fishing although it was almost midnight. Many journalists come to the first auction for Spanish mackerel late in April as well as intermediate wholesalers and retailers. In the first auction in 2019, 4900 Spanish mackerels arrived including the big one that was over 100 centimeters long. It was the largest catch ever. The highest price of the day was 18,000 yen per kilogram, which was about four times higher than the annual average and the highest ever recorded. The home consumption of fish has decreased gradually in Japan. However, in Kagawa, the supermarkets set up a special section for Spanish mackerel every spring. The people in Kagawa enjoy the fish by cooking in different ways. Spanish mackerel may be the representative fish in Seto Inland Sea.

The best way of enjoying the king of sashimi is coming to Setouchi! The price is affordable in season.
Many Japanese or Western restaurants offer Spanish mackerel dishes in Takamatsu. Don't miss the fish during your stay in Kagawa!