What comes to your mind when you think of citrus fruits?
Oranges, mandarins, grapefruit, iyokan, ponkan, or unshu mikan?
Citrus fruits are cultivated widely in the areas along the Pacific Ocean and Seto Inland Sea in Japan. 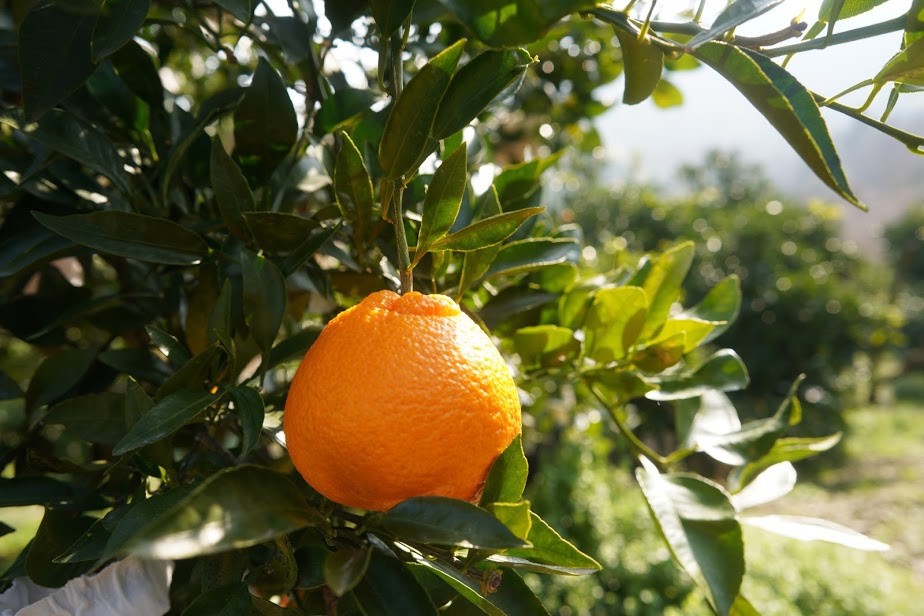 In the Shikoku region, Ehime is nationally for growing mikan. Kochi and Tokushima are famous for yuzu and sudachi, respectively.
You may know Kagawa as the smallest prefecture in Japan. It is true that they don't have a lot of land for agricultural use.
However, the area, where the weather is warm and the land is known for its good water drainage, is particularly suitable for the cultivation of citrus fruits. They cultivate them efficiently, by carefully selecting variety suitable for the land, and adjusting the time of shipping after maturing and storage. 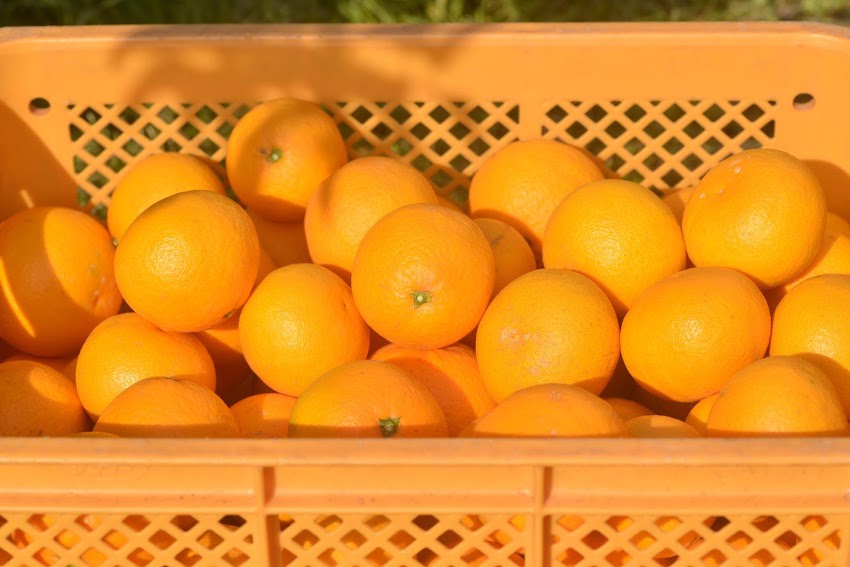 While the quantity produced in Kagawa does not match that of other major citrus fruit production areas such as Wakayama and Ehime, the consumption of mikan in Kagawa is one of the highest in Japan, indicating their appetite for citrus fruits. A fruit section of any supermarkets, where a wide variety of citrus fruits having different colors, shapes and sizes are sold throughout the year, also reflects their strong interest in citrus fruits.

I visited a fruit farm in Goshikidai, a plateau that overlooks Seto Inland Sea, after hearing about it being located near the urban district of Takamatsu City. 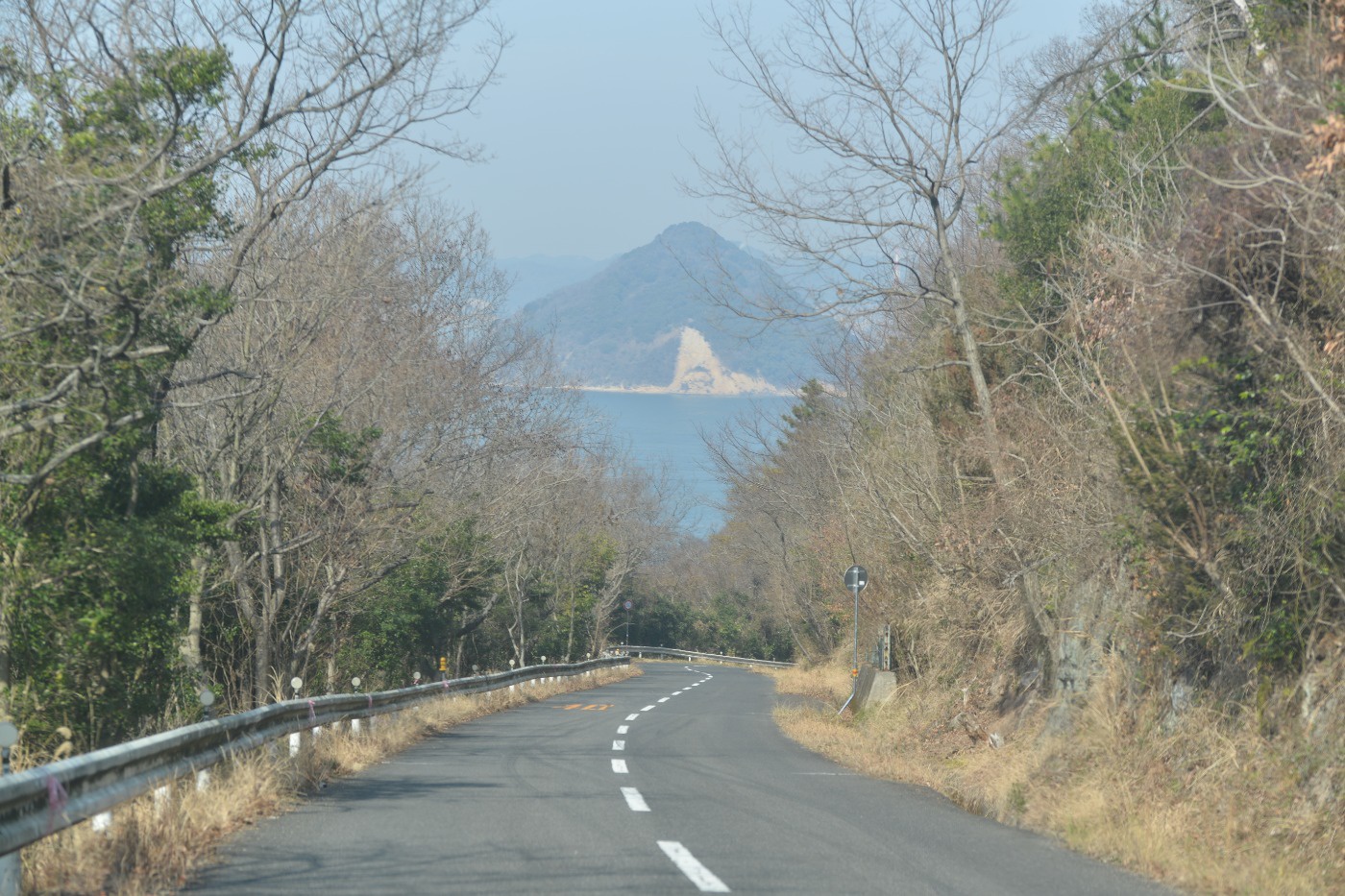 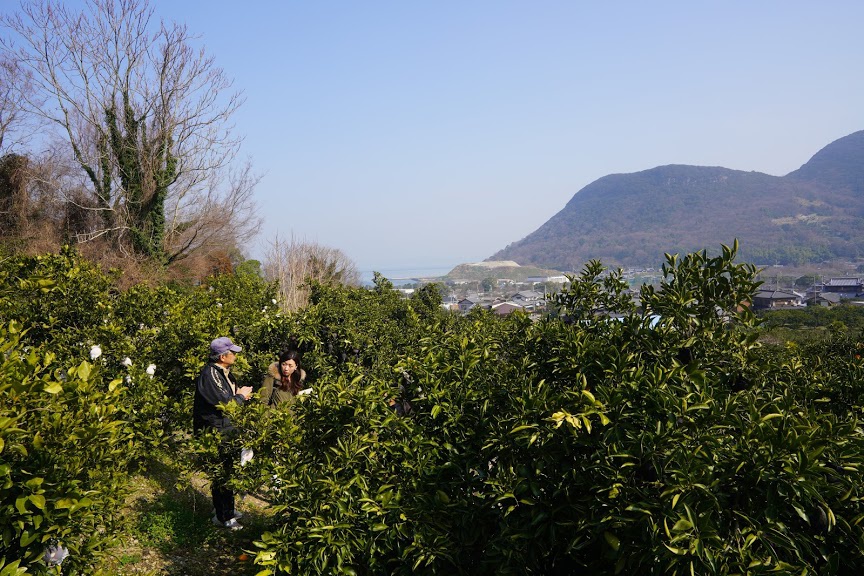 "The areas around the Seto Inland Sea are suitable for cultivating fruit because we do not have much snow or frost."
Mr. Masaki Nanbara of Nanbara Noen said while showing me around his farm. 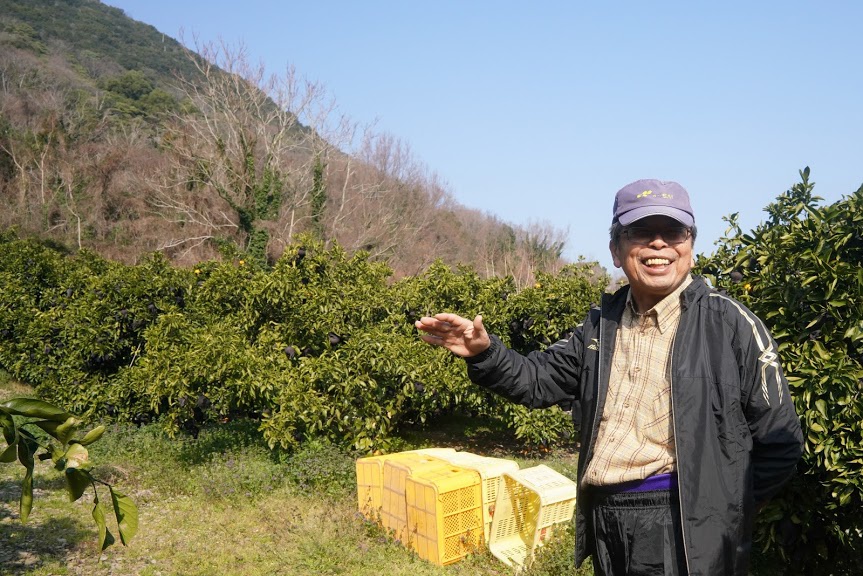 More than five varieties of citrus fruits are cultivated between October and March.
Shiranuhi, which will have its sugar content increased significantly by delaying its harvest time and allowing it to ripen fully on the trees, and Obarabeniwase, characterized by its bright crimson skin and rich flavor, are two popular citrus fruits. The day I visited, they were in the middle of harvesting Kiyomi known for its refreshingly sweet scent.
Each fruit was separated carefully from the trees using scissors. 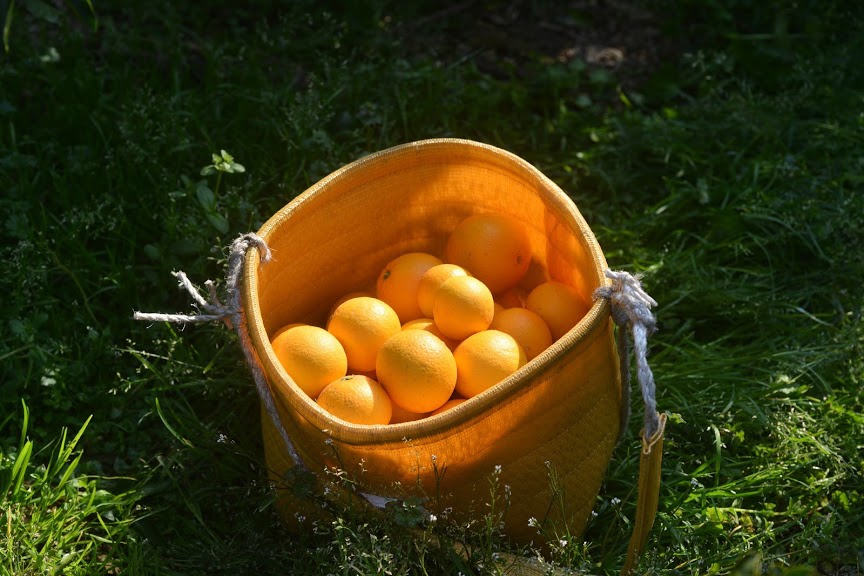 I noted the refreshing scent that the kiyomi gave off, which had soaked up the sun.
"I only sell what I am proud of, for people who look forward to tasting the citrus fruits I produce each year." 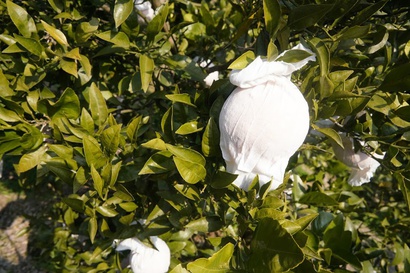 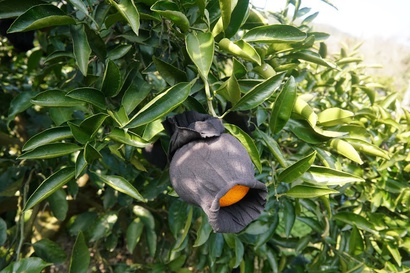 When I looked closely, I noticed that some of them were individually covered with a white or black covers.
White covers help adjust light and produce bright, unblemished skin, and black covers help protect fruits from damage caused by birds. 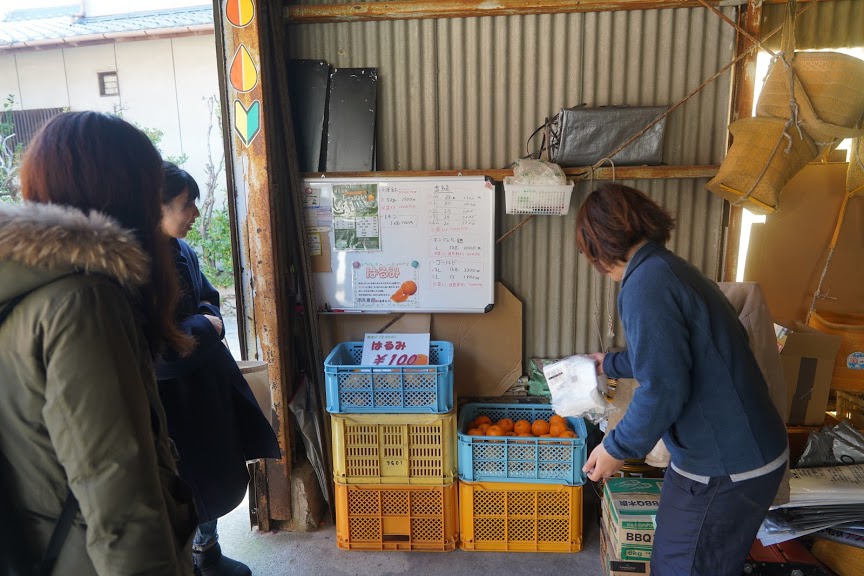 Citrus fruits cultivated by Mr. Nanbara with great care can be purchased directly from him at his farm. He occasionally sets up a stall at the Sanuki Marché, held near the Port of Takamatsu on a regular basis. 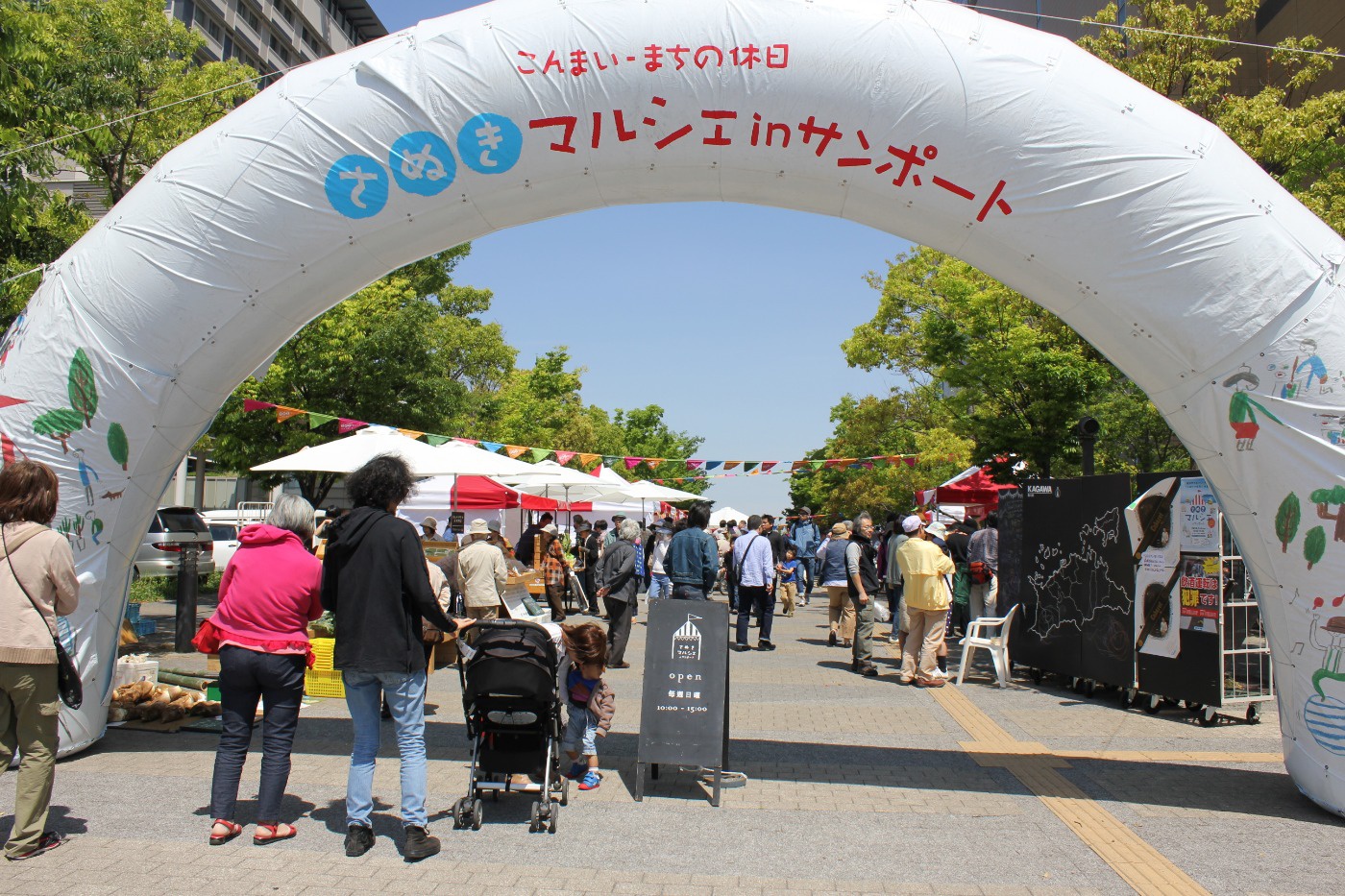 A visit to the orchard allowed me to taste the freshest fruits with none of the transport stress, because the distance from farm to table was short.
They said that many people choose to give citrus fruits as seasonal gifts such as mid-year or year-end gifts. People also like them because they are exotic and are easy to peel even for children, and keep for a relatively long time. 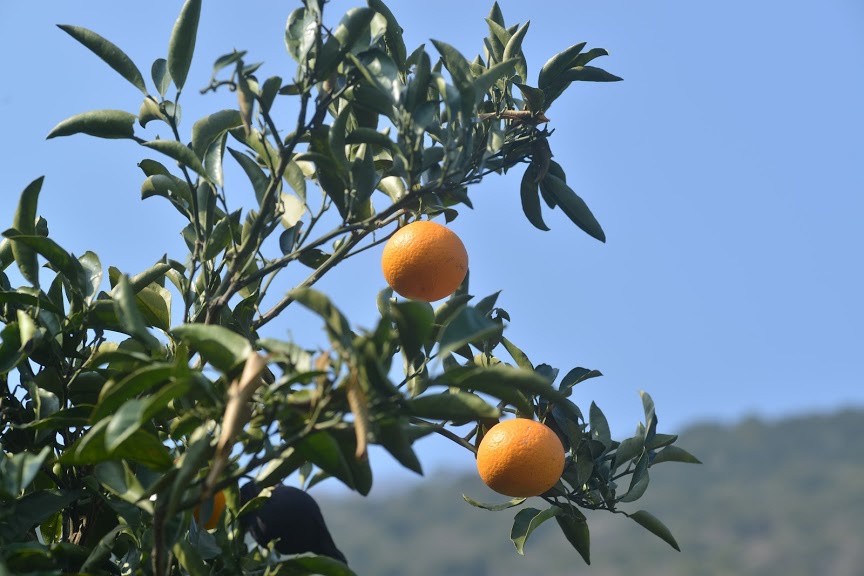 In Japan, citrus fruits are typically enjoyed as on-the-go snacks or refreshments during journey, because their thin skin is easy to peel and their sweet-and-sour scent is so refreshing and uplifting.
Citrus fruits produced in Takamatsu are the blessings of Seto Inland Sea that you must taste if you are visiting the area. They can be easily purchased in supermarkets.